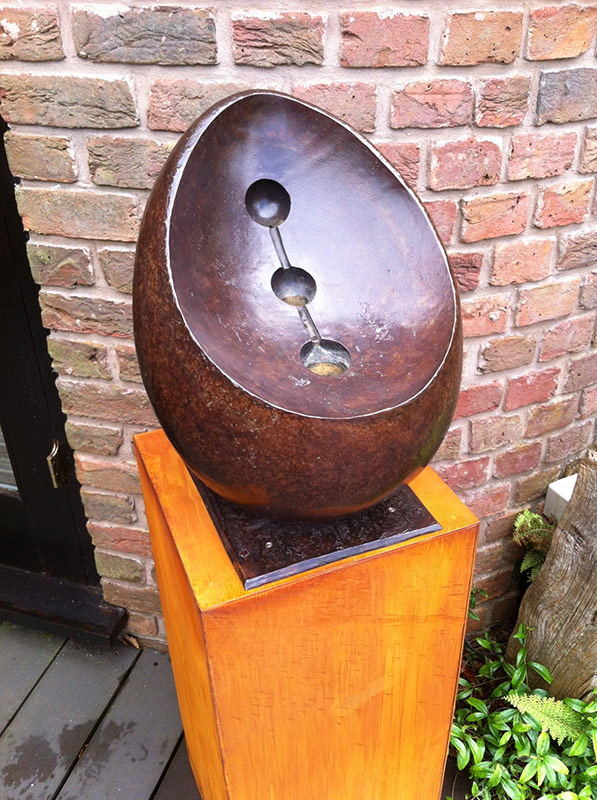 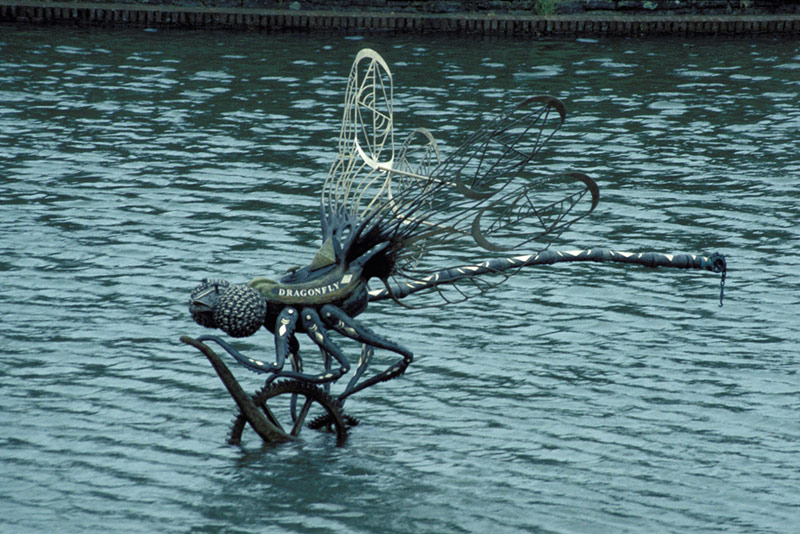 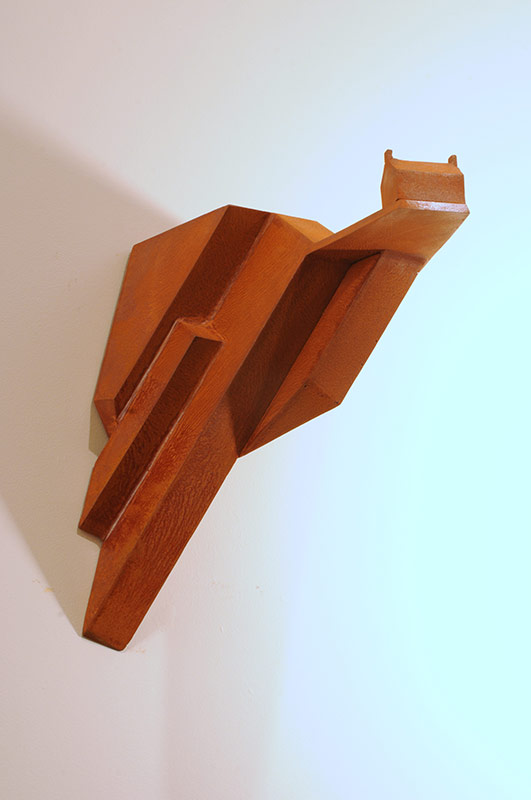 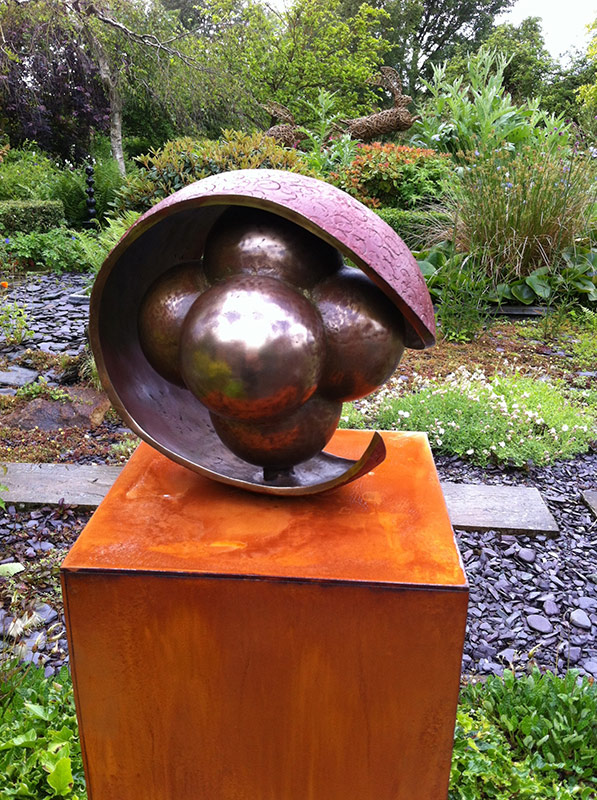 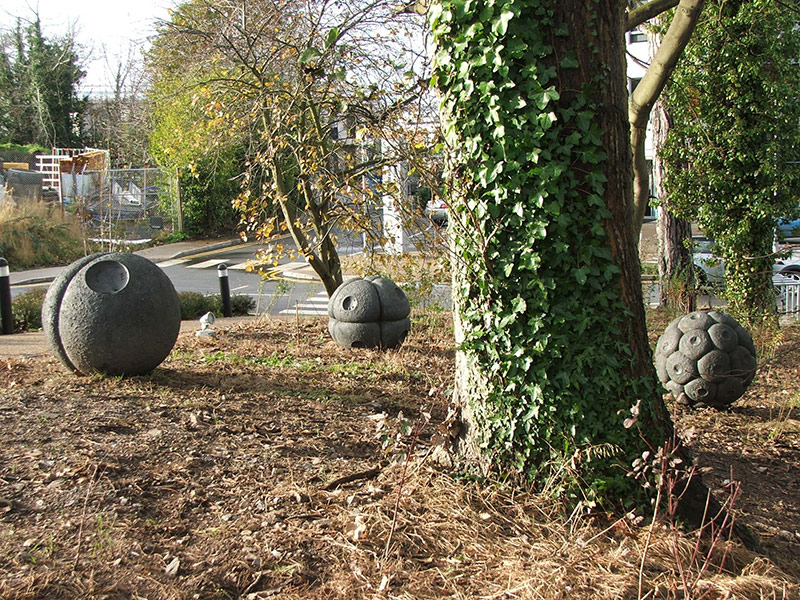 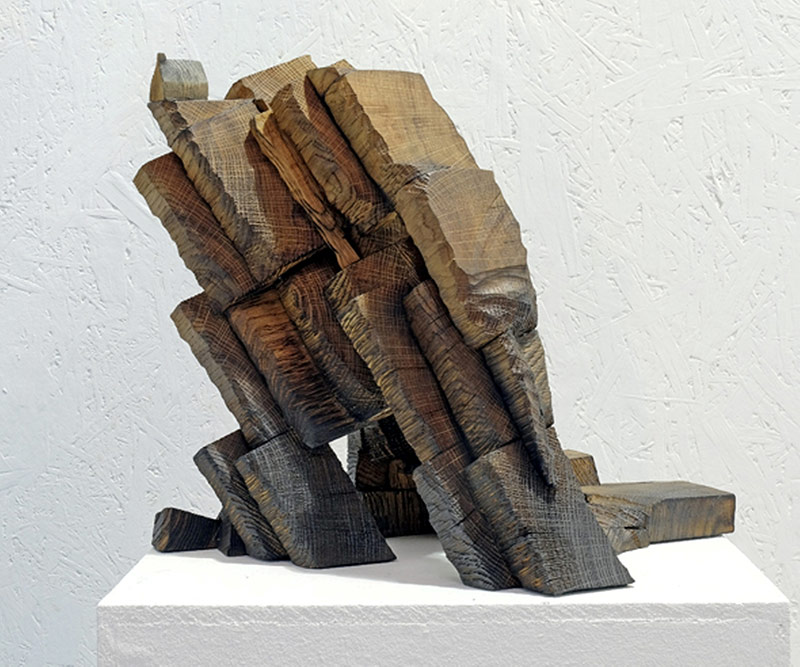 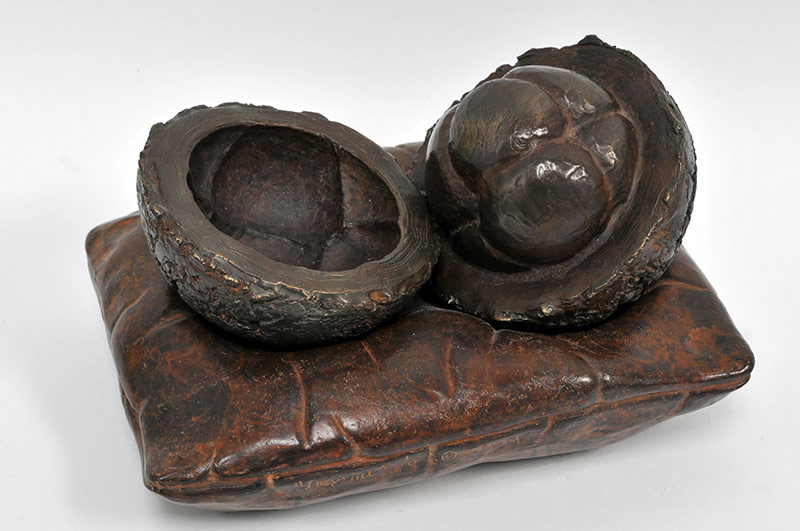 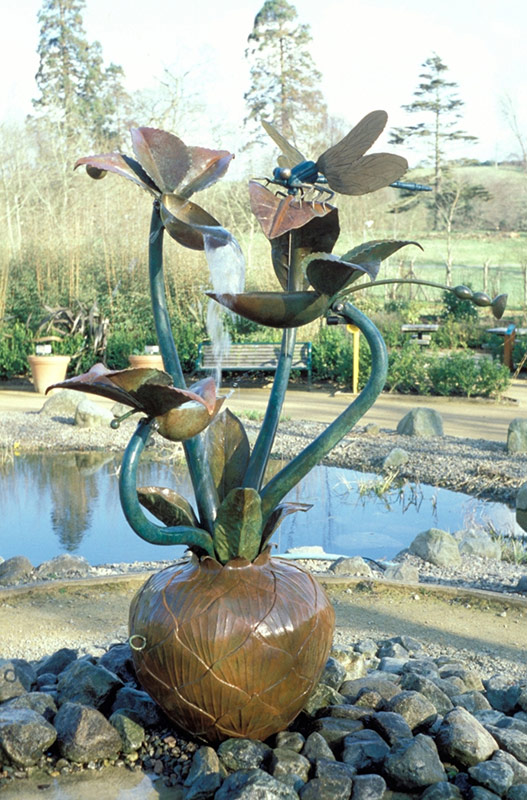 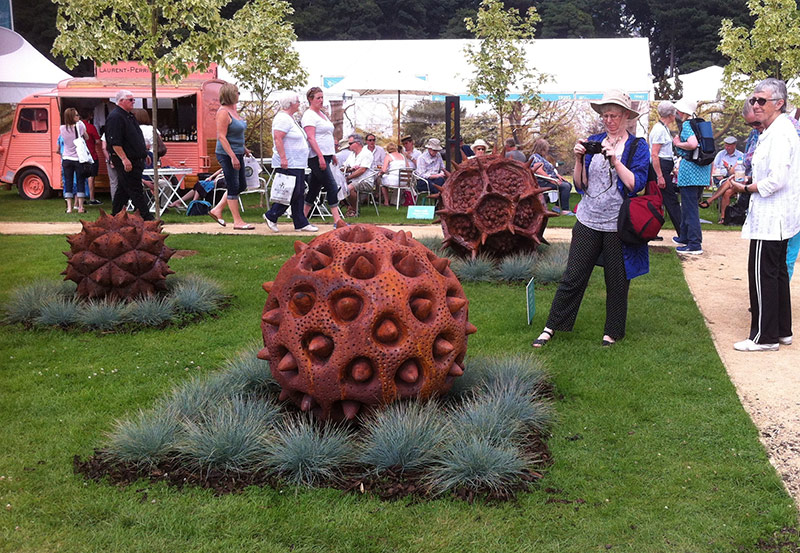 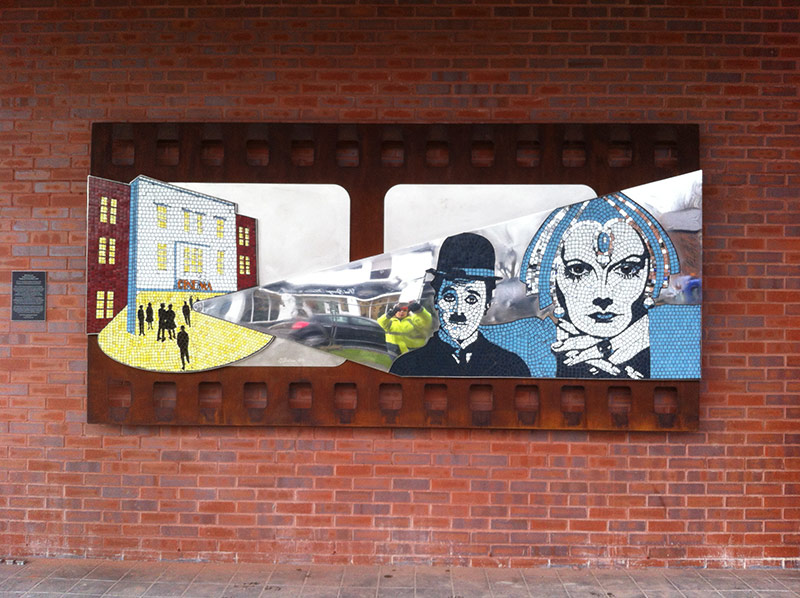 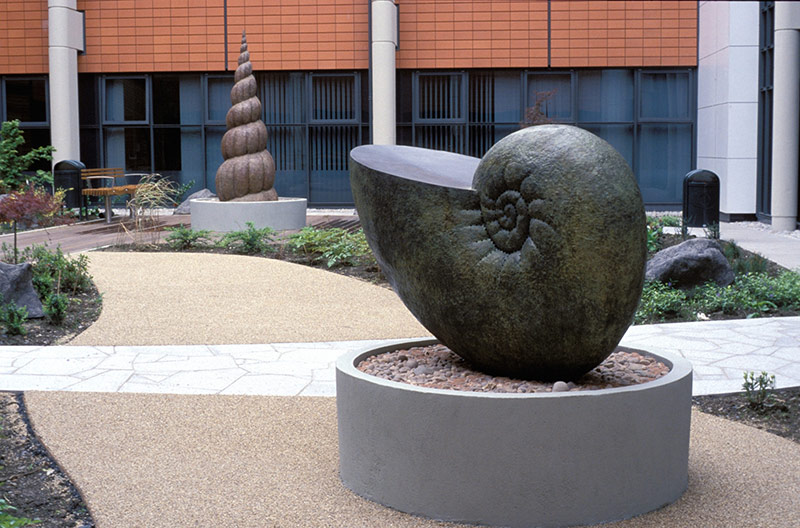 My work is quite diverse and I work in several different media including bronze, cor-ten steel, oak and mosaic. The theme that links this diversity is nature; from landscape inspired smaller pieces to large forms based on microscopic natural forms such as embryos and pollen grains.  I enjoy exploring large elements in miniature and miniature elements on a large scale.  I am also interested in the repeated forms that are found in nature and the inner structure of natural elements.

.2016 “Replaying The Brookfield Hydro” ;3.5 m x 1.75 m metal and mosaic screen commissioned by Aldi for their new store in Poynton.

2000 “Monmouthshire and Brecon Canal Sculptures” ; Three bronze sculptures commissioned By Newport Borough Council for 3 sites on the canal in and around Newport, South Wales.